From Investment Bank to Social Startup: Why One Woman Gave It All Up
6 September 2018 - Impact Hub

Based in Guatemala, SERES youth leadership training is leading the way towards a more peaceful, equitable and sustainable future. Now, 10 years since beginning the venture, and after winning the 2015 UNESCO-Japan Prize for Education for Sustainable Development, we speak to co-founder Corrina Grace about where it all began, and how she got to where she is today. Expanding on her story first published in the Global Impact Report 2018, we discover Corrina’s journey from an investment bank in Australia all the way to a social startup in Guatemala…

Tell us about how it all began…

I was working for an investment bank in Australia when I took a sabbatical and came to Guatemala for an internship. With my very pragmatic, engineering background, I was really taken by the unsustainable development here. My immediate response was, “I’m outta here!”

So I went back to the investment bank, but soon I began to question the models of the big charities and non-profits that I was contributing to, like Oxfam. I was only back in Australia for 3 or 4 months before I decided to come back to Guatemala and start SERES.

I went to San Francisco, bought a car, and just drove south. 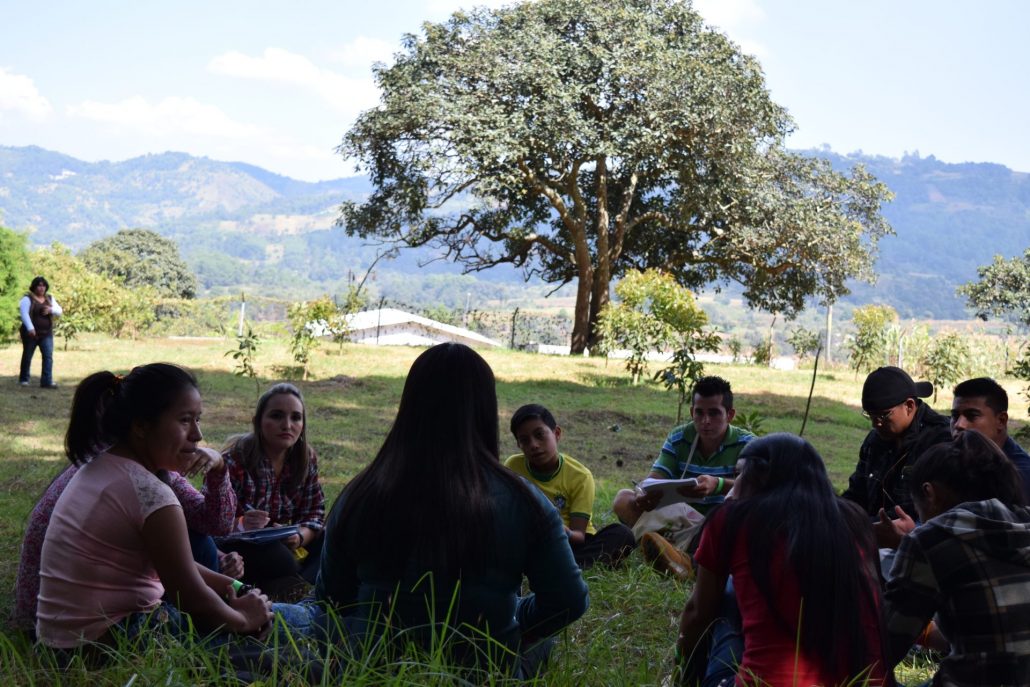 What was it about Guatemala that stood out to you?

Guatemala actually has a really large youth population, 70% of whom are under the age of 30. The majority of these people are also living with economic poverty and on top of this, Central America is the most vulnerable region in the world to climate change.

After the civil-war, Guatemala really struggled to get democracy working in an effective way and to this day is still crippled by corruption, leading to a huge class difference in society. Coming from Australia, I was really struck by the unsustainable development here. I thought, this will result in a huge migration of people to highly resourced areas like the US.

As a whole, I don’t think we really know how to deal with migration. It’s as if people go through this door: on the entry side they’re a lawyer, but once they step through they’re suddenly ‘just a refugee’.

SERES started from a desire to just listen; to ourselves, listen to each other and listen to the planet. One of the mantras we have at Seres is “All that I am and all that I have, to help you be ayou can be.”

This saying came into being after I met Antonio (SERES co-founder), who was also the first youth that I had ever worked with in El Salvador. After listening to his concerns and his hopes and fears, my response to him was: “I want to help lift you up and help you be what you can be.” That’s how SERES really came about. 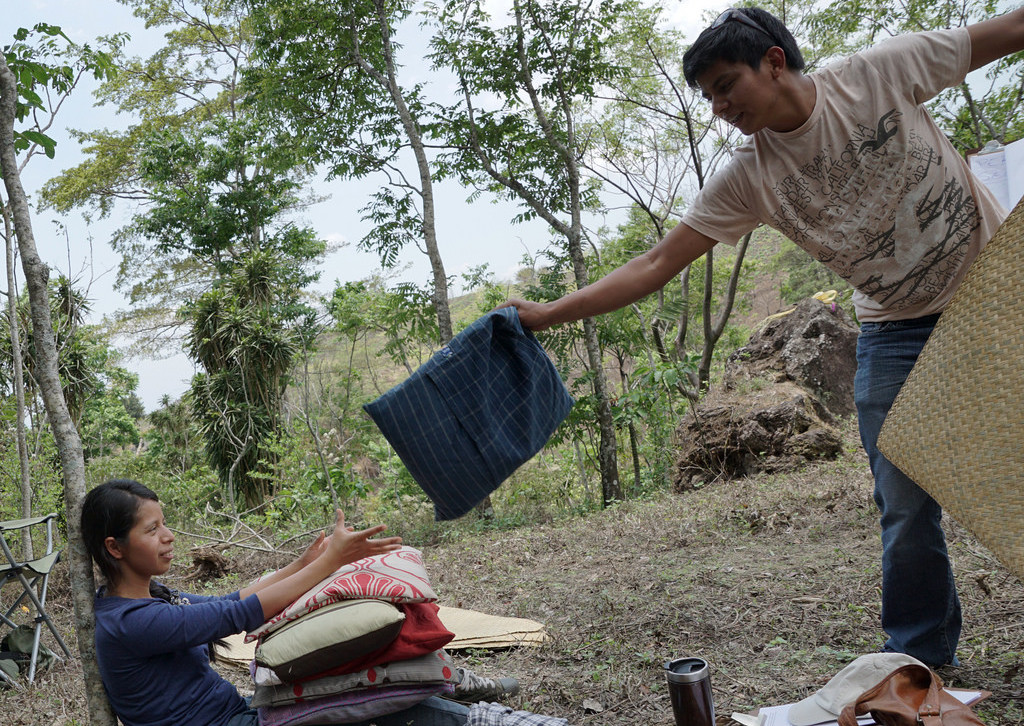 How did you scale up?

Antonio had ideas for what he wanted to do in his community, so I just said “Great, I can help you do that!”

Together we started to bring young people together, hearing all about what they wanted their communities to be, and how they wanted to change them. Soon enough, more and more young people wanted to get involved, which was pretty awesome. So I thought “Let’s put together an action plan on a really small scale,” and people became really excited by that.

From there, this concept of empowerment just began to scale. In 2010, Antonio and I organized a regional gathering of around 70 young people to discuss concerns, goals and actions. This event ended up sparking a new movement that took off and grew organically. Next thing we knew were running 36 programs a year, reaching around 750 young people. It just kept growing!

Why partner for impact?

When it comes to partnering, at first I was really struck by the lack of collaboration in the NGO world. The environment was really against collaboration, in a very toxic way, but at SERES we wanted to push against this.

We have this “radical collaboration” attitude where we share our partner organizations and introduce relevant people to funders and other groups. Often when people discover this, they’re shocked and say to me “why would you share your funders?!” And to that I answer, “because your future is bound up with mine.”

There is a lot of work to be done and there is no room for unnecessary competition.

We need each other to achieve sustainable change. For instance, as Guatemala has such a big history of conflict, we partnered with an organization called Play for Peace, and with them we learned how to build communities for peace through non-conflictive play.

SERES can only offer one piece of the pie, but we absolutely need all these other actors to create this kind of ecosystem that can enable transformative change. 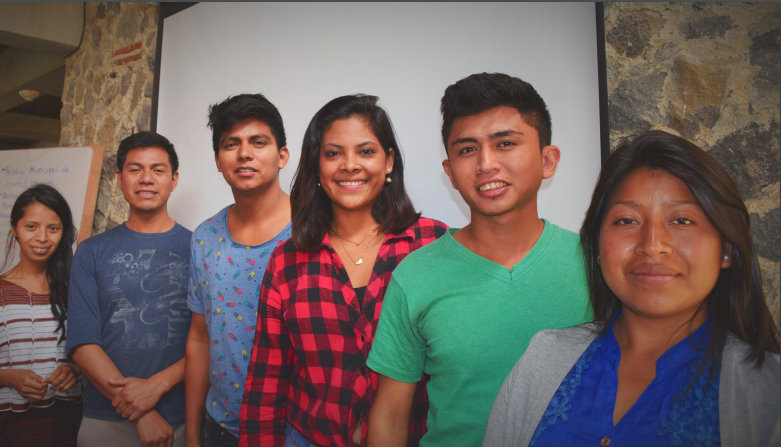 Where did Impact Hub come into it?

Impact Hub was a very good move for me, because it meant that SERES moved out of my house!

Being at Impact Hub Antigua brought us into a community where we got a whole lot more exposure – an exponential increase. This really allowed us to get our name out there and to be able to build partnerships through that community. I think it’s a really good place from which to move out into the world.

On your website you say “SERES is working to ensure nothing about us, without us.” Tell us about what that means…

The SERES recipe is threefold:

This last point is where this phrase resonates for us. Often times people who have studied many different subjects and come from many different places and contexts will tell me what they think I need. This just doesn’t work. Instead, part of our strategy is to build up the leadership skills in young people who come from the front lines.

We do what we can to get those voices into places where decisions are made about them. For example, we have indigenous facilitators; one of whom is a young woman who went to Paris for an UNESCO conference this year. We also had others who attended a conference in Brazil.

The question is: how can we make sure that these voices get a seat at the table where decisions are made about their future? What are you most proud of?

A lot of amazing individuals, especially my co-founder Antonio. All of his brothers and sisters emigrated to the US but Antonio chose to stay in what was a pretty dangerous situation as a young man living in El Salvador. I’m really inspired by his belief that “if I don’t stay and try to change it, it’s not going to change.”

This is a guy who was much more comfortable with his machete than his computer. From there he went all the way to being nominated as a finalist for the United Nations Champions of the Earth award, and I think that’s pretty huge.

It also says on your site that SERES is mostly made up of women. Why is that important to you?

This actually wasn’t deliberate. If we decided to hire only women, we would have a lot more funding for sure, but we decided not to use a gender-restricted lens on our project because in this society/context, men are often the ones who are perpetuating gender stereotypes and the conditions that are holding women back. We’re very aware that we need to work with both sides to really address this problem, so we tend to have a 50/50 split.

I believe that leadership is a disposition, not a position.

Right now, I believe that the world needs more feminine leadership. We really need more women in powerful positions – but more than that, we need the right conditions to emerge for different types of leadership.

How do you think that resonates with Guatemalan culture?

This region is definitely a macho society. There are terrible statistics on gender-based violence and being a young woman here is tough, particularly if you’re an indigenous woman.

Because we haven’t used a gendered lens and have a really inclusive approach, it’s as if we sneak in the back door of the system, and this entry-point is where a lot of our graduates move into community development councils.

We often get asked if we’re creating backlash, but what we’re actually creating instead are role models.

What’s been your biggest challenge?

Waiting for the funding world to catch up to innovative strategies.

We’ve been fighting a funding battle for a long time. Donors will often say “why are you letting the youths decide themselves on what they need to focus on, when they clearly should be focusing on this?”

We go against the flow of traditional aid approaches and because of this, we were outliers for a long time. People just struggled to understand, and hence, to fund it.

What’s next for SERES?

Our 10th anniversary is March 18th next year, so we will be celebrating that for sure. But at the same time I also feel quite sober about the state of the world right now. Looking forward, I think we all need to ask: where is the strategic leverage point from which we can create some real, systemic change?

Want to know more? Check out how Stacy FLynn is changing the future of fashion, how one man is helping refugee children deal with PTSD or how one entrepreneur is revolutionizing the farming industry.

You can also check out our latest impact report here.