In July 2018, TEDxLondon 2018 unpacked the often-used phrase ‘Beyond Borders’. Used so much in the media nowadays, for this event the organizers used this saying as a way to think beyond limitations, boundaries and labels in order to solve society’s challenges, promote innovation and celebrate humanity. For this guest article, Tara Cooper and Maryam Pasha tell us why this doesn’t just matter for one single event, but for every day going forward…

What is a Society Beyond Borders?

This year, over 1,800 people came to the Royal Festival Hall in London’s Southbank Centre to attend TEDxLondon. It was our most ambitious event with 20 speakers and performers and an interactive exhibition with over 10 organizations showcasing their new technologies. The whole day was underpinned by our theme of exploring a society #BeyondBorders.

A ‘society beyond borders’ is a phrase that’s thrown around a lot these days. Sometimes such a vague and all-encompassing phrase can feel abstract and disconnected from the day to day grind. However, for many a society beyond borders isn’t a choice, an abstract concept or an afterthought: it’s a necessity. To be safe, to have true agency over one’s body and life, and to be able to flourish and thrive – these are all rights that many are denied.

For us at TEDxLondon, a society beyond borders is a society that goes beyond the boundaries that keep ideas in silos, that stops people being or expressing who they are and divides people from each other. As global citizens, we know that our world is interconnected. We feel the joy and pain, share the successes and mourn the tragedies of our neighbours, both around the corner and across the world. From the refugee crisis, economic instability and gender equality movements to calls for sustainable and environmental change, in 2018 there is a particular sense of urgency that pulls on all of us to question, to challenge and to create the world you want to live in. 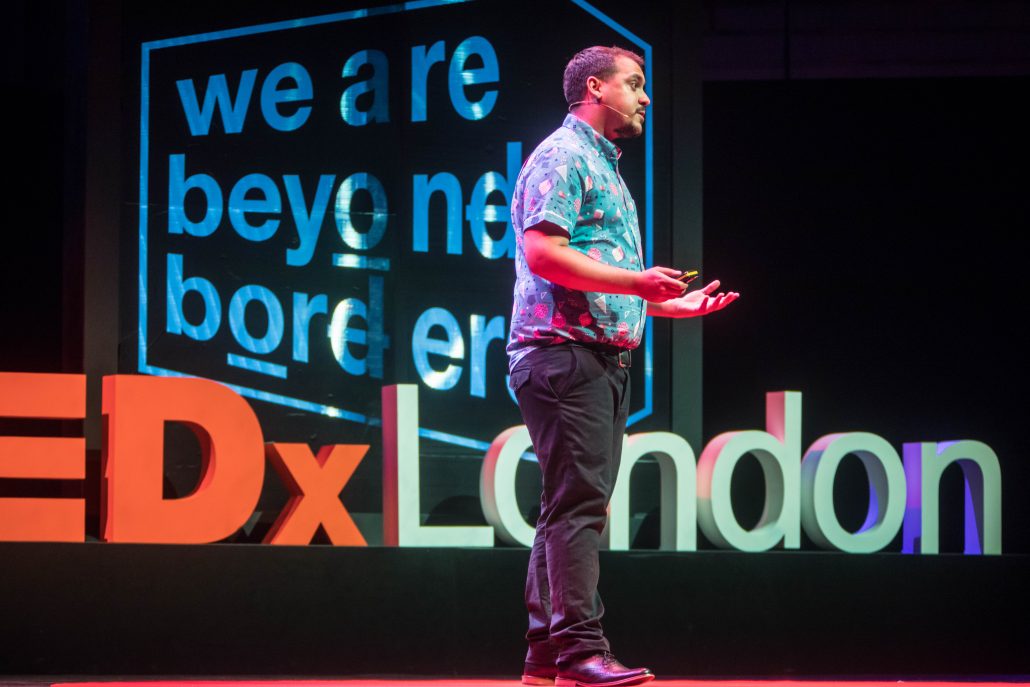 How can this idea become a reality?

Our speakers from TEDxLondon can help us realize what we can do to create this society beyond borders. Leng Montgomery’s talk Why we need to listen to trans people tell their own stories reminds us to listen and learn about those who are underrepresented and persecuted. Leng explores the real struggles of various trans groups and individuals within the trans community, and the toxic narratives that have been created around them. He explains how listening to the stories of trans people can create wider awareness and demands people think and act inclusively towards the trans community – a lesson that can be applied more widely to other discriminated individuals and groups.

While Leng addresses how giving marginalized groups space to tell their own narratives leads to more equality, Peter Drobac’s talk Dignity and hope are cost effective highlights exactly why that equality is so necessary across wider societal structures. Peter’s talk reveals the stark inequalities in current global health policies, where some lives are valued more than others. When faced with rebuilding the health service of Rwanda post-genocide, Peter used the principle of equity to underpin the way he and his colleagues went about this challenge. Not only was Rwanda’s healthcare system transformed, but this belief in equity drove innovation within the industry, by daring entrepreneurs, businesses, academics and medical services to imagine a better, fairer future. Peter’s talk is an excellent reminder that it’s entirely possible to create ethical, fair and equitable businesses and organizations that are also cost effective and competitive. 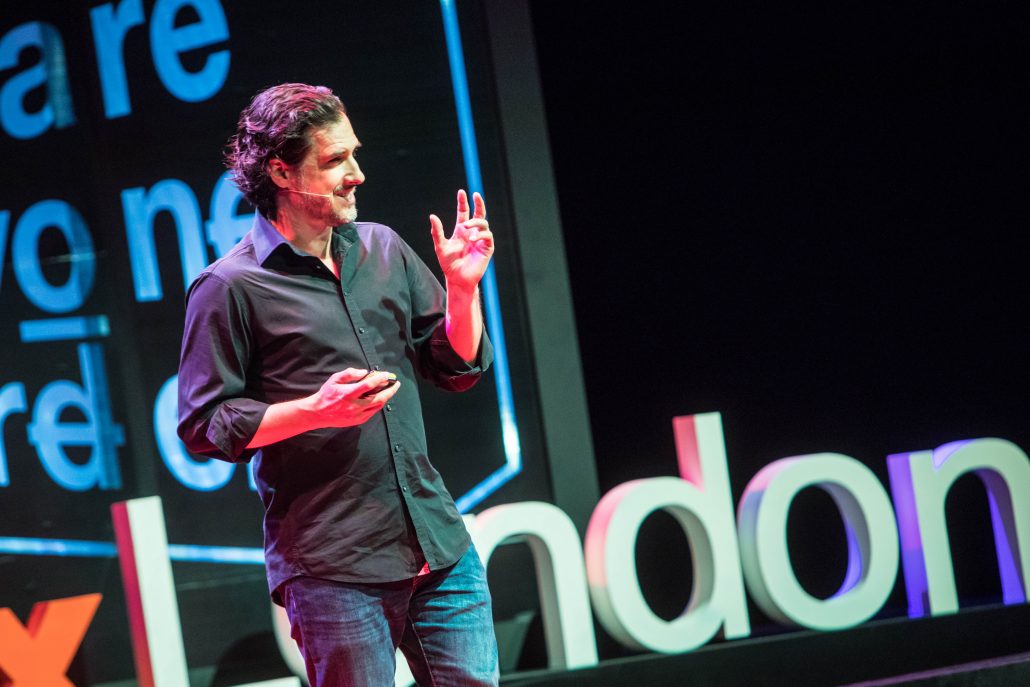 We all know how technology is growing rapidly around us and there are debates raging about how we can approach new technologies to build these ethical and equitable models within businesses, governments and society more widely. Julia Shaw’s talk A memory scientist’s solution to workplace harassment gave us an insight into how many start-ups and entrepreneurs are using technology to combat systemic issues in our society. Julia’s talk gives the audience clear and practical reporting mechanisms derived from artificial intelligence research to show how you can turn your memories into evidence. Her exploration of workplace harassment in the backdrop of further calls for gender equality shows it is more important than ever to ask yourself how you as an individual or organization are actively supporting gender equality. Are your workplace harassment policies robust and fair? Are you acting as an ally to those who might experience harassment or abuse? What training can you offer your employees to reduce unconscious biases and promote equality?

Our Citi xLab was also a celebration of technologies hoping to change the world and provides excellent models of how some organizations are already succeeding in building ethical and equitable networks, partnerships and businesses. From Better Shelter’s creation of innovative emergency and temporary shelter to Airlite’s 100% natural paint that purifies the air, our audience was inspired by the amazing work these innovators are doing. The Citi xLab challenges us to think about our partnerships, suppliers and consumer choices. Where are your products and goods coming from? Are you or your company using ethical suppliers that are environmentally sustainable? With research and a proactive attitude, it is possible to find the right partners and suppliers to help you act ethically in your personal and professional worlds. 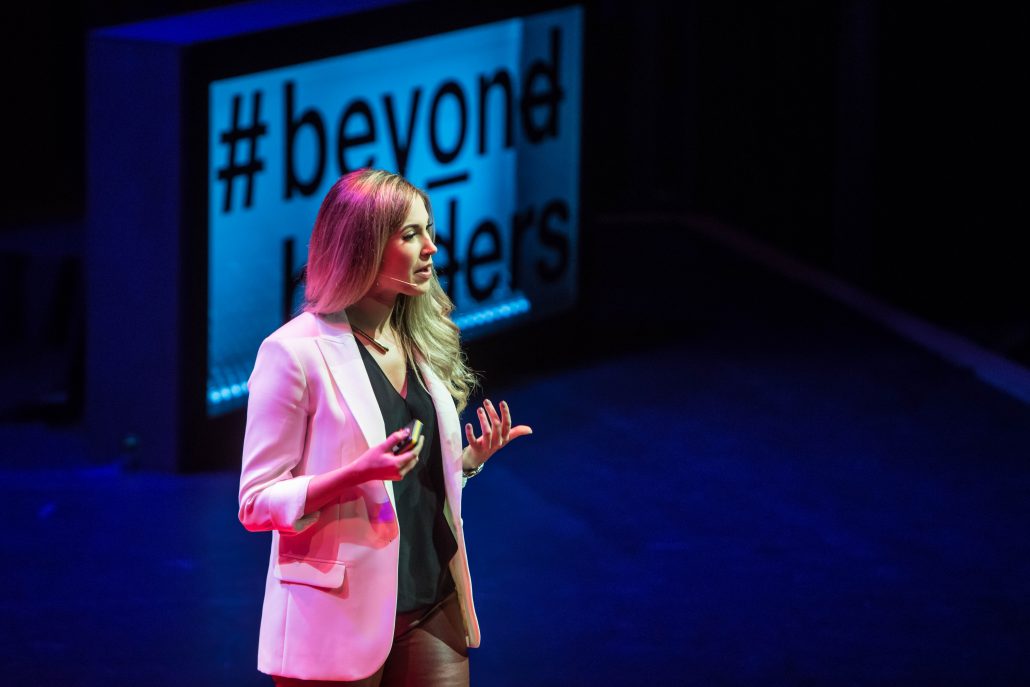 Why does this matter now?

Behind the scenes of TEDxLondon 2018, there was a core team of over 30 volunteers pulling the event together after months of preparation, driven by our shared belief in #BeyondBorders. We have a collective vision of a fairer, more equal, and kinder society; a society not yet realised, but one we have all glimpsed and firmly believe in.

Take one look at the news today and you can see that borders are both the centre of instability and uncertainty – whether that’s in migration or gender politics – but also the centre of change. Borders are an opportunity for radically transforming our society into a more equitable place. This matters now, and we invite you to strive for change; to find what you care about and explore what makes you frustrated, sad or excited.

We invite you out of your comfort zone to constantly question the world around you and pursue the alternative. Through educating yourself, volunteering your time and embracing the discomfort of an ever-changing world, you can write your individual narrative about creating a society beyond borders. 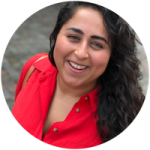 Maryam is the Director and Curator of TEDxLondon and was the founder and lead curator for TEDxEastEnd. Her mission to give a platform to ides that can change the world and speakers who are often not heard in society. She is the Founder and Director of X Equals Productions, where she works with corporates, startups, charities and individuals to help bring their ideas to life – through large-scale events production, speaker and pitch coaching and curation. Previous to this, Maryam worked in the human rights and charity sector for 10 years. 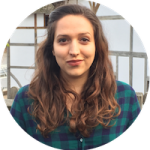 Tara began volunteering with TEDxLondon in 2017, because she wanted to bring traditionally “academic” ideas to a wider audience. After the success of TEDxLondon 2018, she now volunteers as the Speaker Curation Manager for TEDxLondon. Currently, Tara works for X Equals Production, a speaker curation and coaching and events production company, as an Events and Programming Manager. She is also the Head of Editorial at Inon, writing about cognitive economics. Tara has a literary background and previously programmed events at the Royal Over-Seas League and Shakespeare’s Globe.

This TEDxLondon event contributes to the following SDGs: 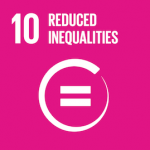 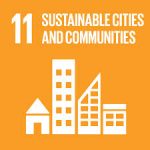