14 years ago, an American teenager traveled to Zimbabwe to follow one of her passions, mbira music. To fully familiarise herself with the Zimbabwean culture, Jennifer Kyker stayed in the high-density Harare suburb of Highfield, where she became good friends with girls of her own age.

A couple of months later, Jennifer returned to America. It was only years later, when she again visited Zimbabwe, that she discovered that most of the girls she had grown to love had left school, ran away from home or attempted to escape abject poverty by getting married. In most communities such as the one Jennifer stayed in, teenage pregnancies and HIV are a direct result of school dropouts and child marriages. Pained by this, Jennifer founded Tariro, a charity organization that seeks to assist young women and girls in HIV/AIDS-afflicted communities through education and empowerment.

What began with mbira fundraising concerts in the United States led to the formation of an executive board to help with fundraising and oversee Tariro’s operations. When the organization began, Tariro served just a dozen students. Now it supports more than 60 young women, 11 of whom are at tertiary institutes all across Zimbabwe. In addition to providing tuition fees as a form of empowerment, Tariro also provides psychosocial support with a special focus on music and peer education.

For each of their sponsored students, Tariro now provides a comprehensive range of services, including paying each student’s school fees, purchasing uniforms and supplies, providing textbooks through a lending library, providing academic support services such as tutoring, and offering extra-curricular activities, including an annual conference on HIV prevention. The organization has supported at least 500 students and has a target of assisting 100 students each year, with a dedicated local team now running day-to-day operations and Jennifer focusing on fundraising. To date, Tariro has received funding from corporates and partners like CBZ bank, which has assisted with close to Z$20,000. 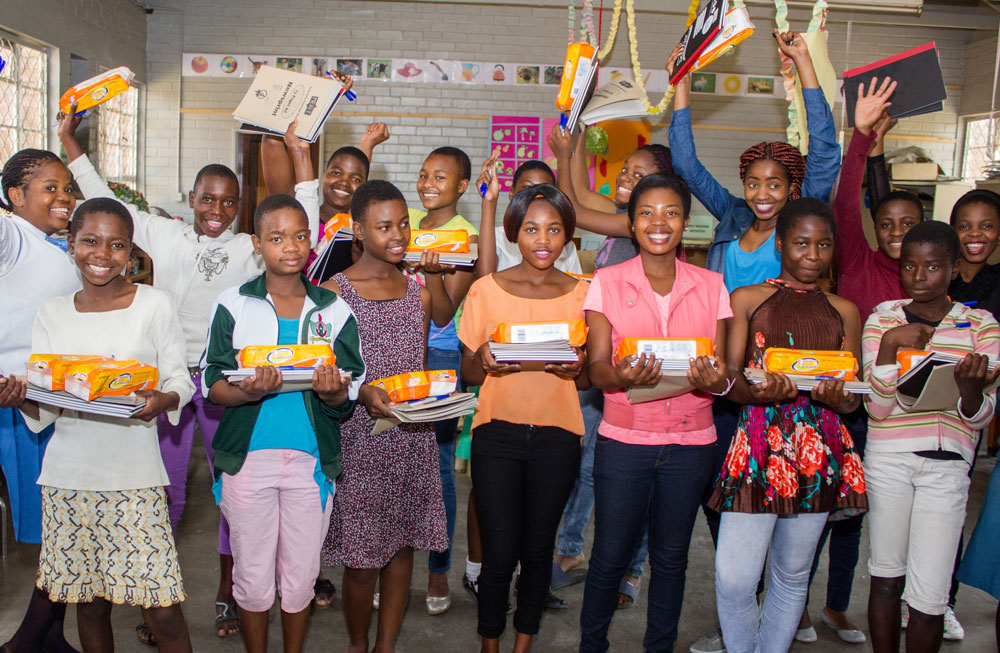 According to Tariro project coordinator Simbarashe Kanyimo, being an Impact Hub member has opened important doors for them and enabled the organization to raise awareness for their cause, as well as to network with like-minded people and plug into various initiatives designed to help organizations like theirs grow. Other Impact Hub Harare ventures have also started assisting Tariro, with fellow members Kuumba donating school bags, the MyRunner team assisting with fundraising and some of Tariro’s students participating in a coding workshop facilitated by Impact Hub Harare in November.

All of which signals an important change and next step for the organization: Although they are a welfare-based organization, 2018 will see Tariro looking for ways to self-sustain and grow as an entity —  to ensure young women like those in Highfield are given the chances they deserve.

Tariro contributes to the following Sustainable Development Goals (SDGs) through their work: